Check out our new post on employer branding
7
📖 Read More 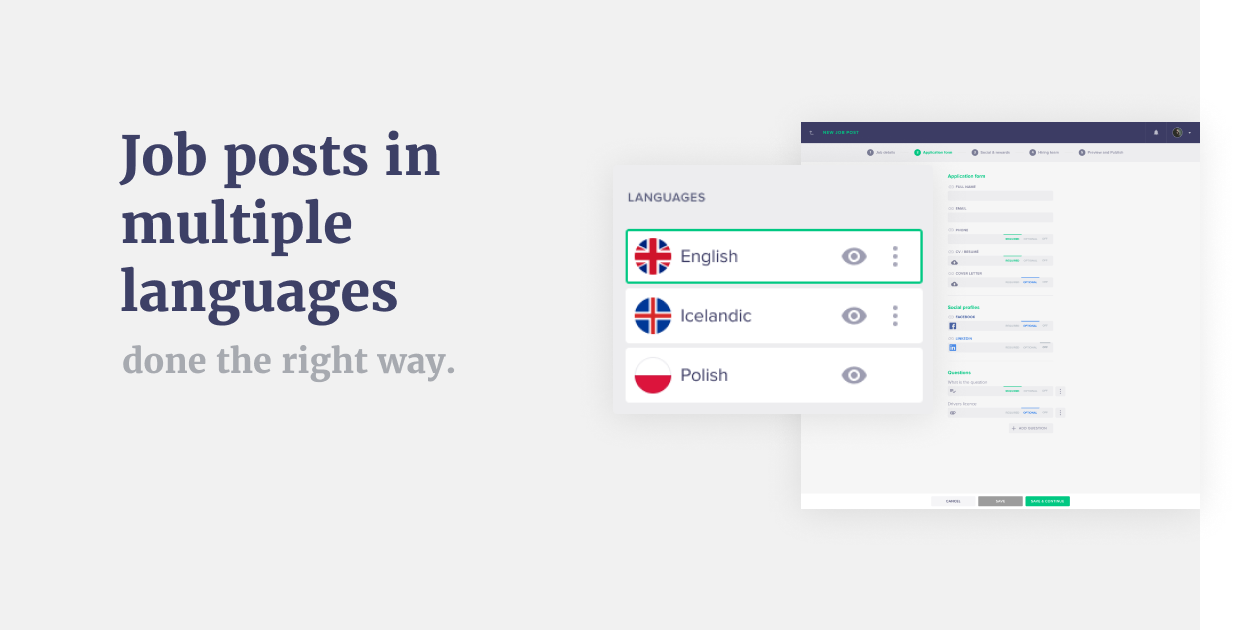 Let’s face it. Job postings should often be available in multiple languages. This could be for a variety of different reasons. Examples being:

How to post jobs in multiple languages on your career site?

A) Build the same job-post in two or more languages

People who come to your career site will see copies of the same job post posted in multiple languages.

B) Translate your entire career site into multiple languages

Some recruiting systems might have the option to translate your career site into multiple languages.

After dozens of dialogs with customers, we noted down how a recruiting system with multi-language support for applicants should look like. Here are some of our key findings:

Step 1: Make languages a visible part of every job-post
When building a job-post, users can see on their sidebar, in which language the job-posting is being created in. A subtle icon, indicates that a question that applicants are asked to answer when applying, applies in all languages.

Step 2: Decide if a posting should be the same in each language or not
Each linked question is automatically translated into your selected language, no need for translations (saves a lot of time). Other questions can be added with a custom range of questions.

Step 3: Preview in multiple languages
Job-posts can be previewed in multiple languages on the company career site before posting. Because you are not forcing users to translate every job-posting, people who would select a second language (e.g. Spanish), would only see job posts that have been made available in Spanish.

How to
Applicant Tracking System
ATS
Job posts in other languages